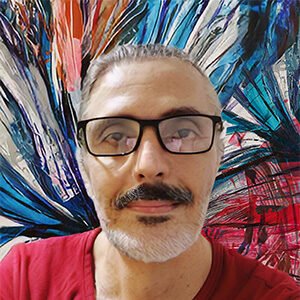 I am a self-taught visual artist, musician and video artist, motivated by curiosity, but always digging deep into different media, experimenting with new techniques and ideas. As a teenager I worked in different areas, as a theater scenography assistant with director Antunes Filho, with samba school allegories and the first exhibitions at the São Paulo Cultural Center. As a musician I played a lot in São Paulo in the 80s, until I went to Europe in 1990 and settled in Amsterdam for 12 years. I worked intensively, in important theaters and festivals in Germany, Belgium, England, Austria, Spain, Greece, among others. Today, back in Brazil, I keep experimenting with new techniques, between drawings, paintings, videos and digital art. 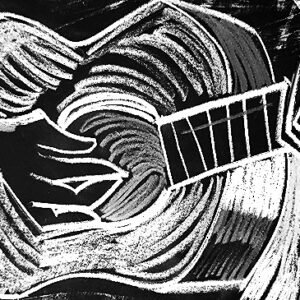 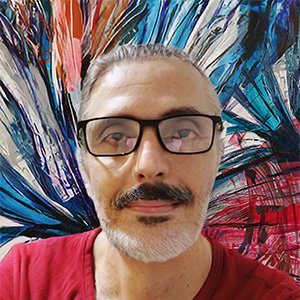